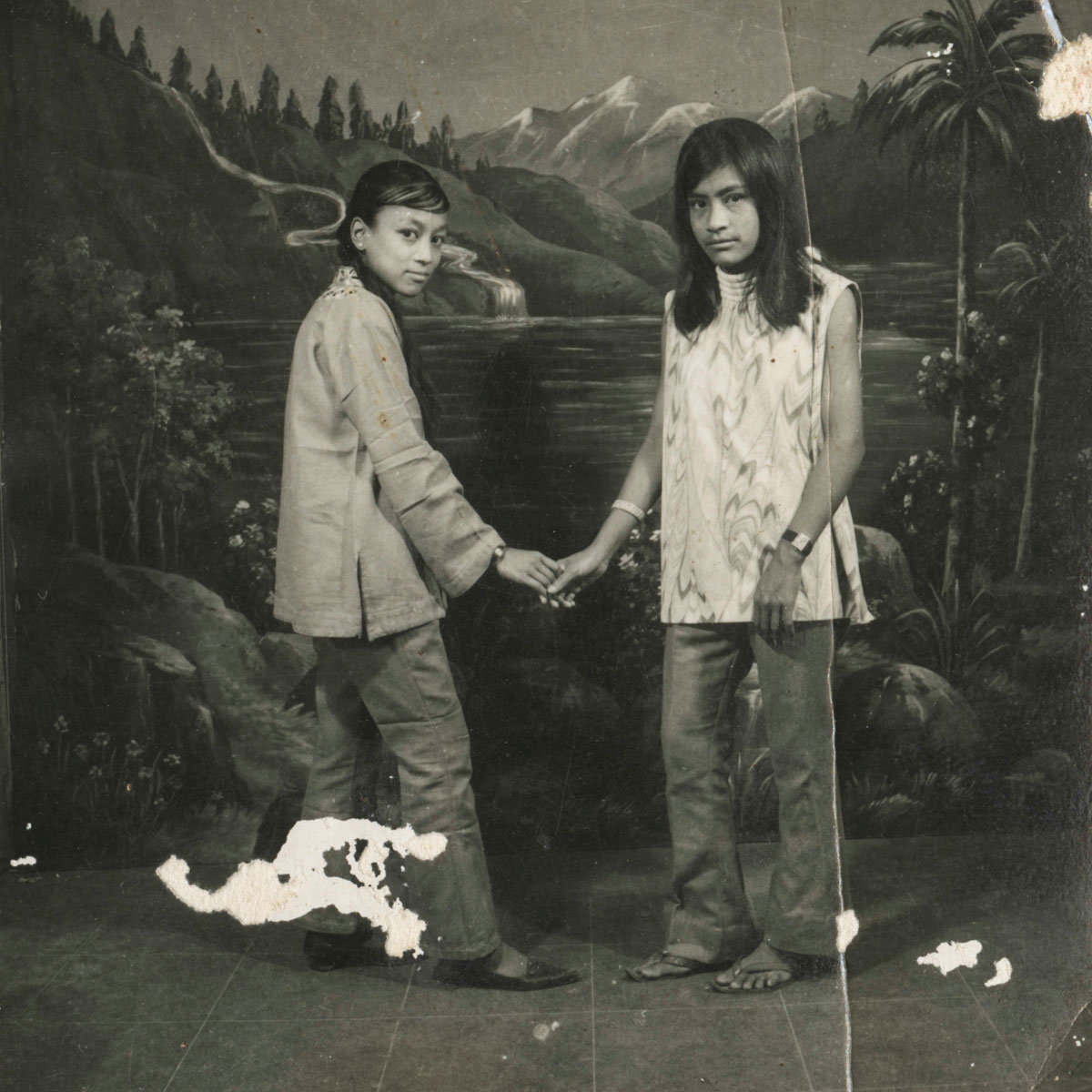 Fourteen year olds Dil Shova Sthapit (left) and Shanti Baidya (right) are holding hands in this picture taken when they went to get ID pictures made for the grade eight District Level Examinations. With her Sadhana-cut hairdo, purple dress, fashionable 90 rupees pointy-shoes bought after a fight with her father, and the Indian watch gifted by her Uncle, Sthapit poses for the photograph with her best friend Baidya. This pair was highly influenced by movies like Do Kaliyaan, Gauri and Milan. Before they took the picture, Shanti said to Dil Shova – whom her friends also called Mala Sinha – that they should hold hands as a symbol of their friendship, mimicking the films they loved. “We will never be apart”, Baidya said as they took the photo. Today, Sthapit says, their friendship is as strong as it was years ago.