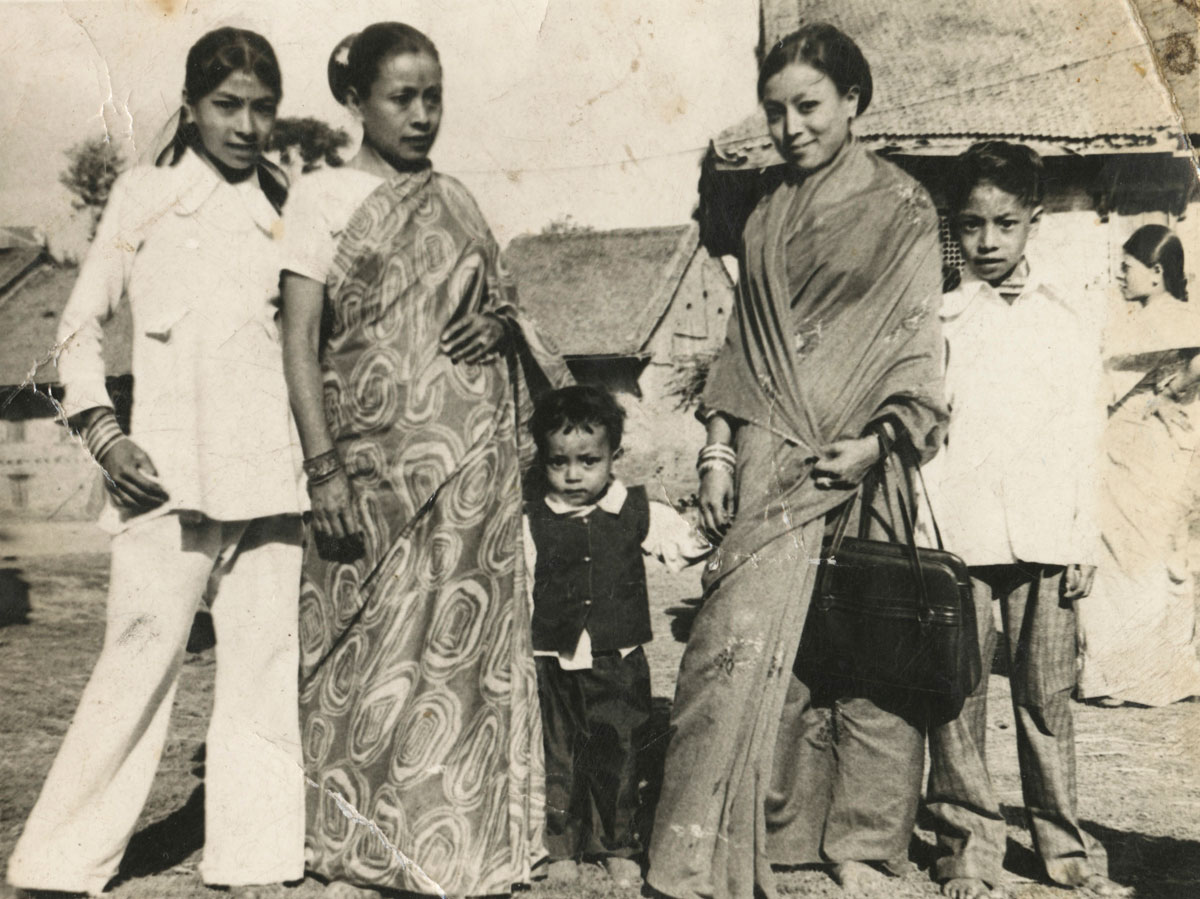 Dil Shova Sthapit’s memory of her marriage at age sixteen is less than joyous. After weeks of refusing to get married, one night she was hurriedly awoken and rushed to the wedding platform. In this picture, she is twenty. In the photo, from the left, are her sister, mother, Dil Shova’s son, Dil Shova, and her younger brother. The photographer’s identity remains a mystery. “Maybe our uncle had a camera,” she muses. Sthapit is wearing a sari from the ‘supari diney’ ceremony of her marriage. She is carrying a navy blue bag brought from India by her mother-in-law. “I bought this special dress for my sister at Nepal Singh Stores – now Peanuts in New Road! – an Indian satin sari for my mother, and the brown pants and checked shirt for my brother,” she remembers. Sthapit was invited to her parents’ home for the dewali puja or the kul puja, an ancestor worshipping ceremony that takes place every two or three years, but to which a married daughter is only invited once. This is one of the last photos of the family taken during the ceremony: for various reasons, the puja hasn’t been held since.