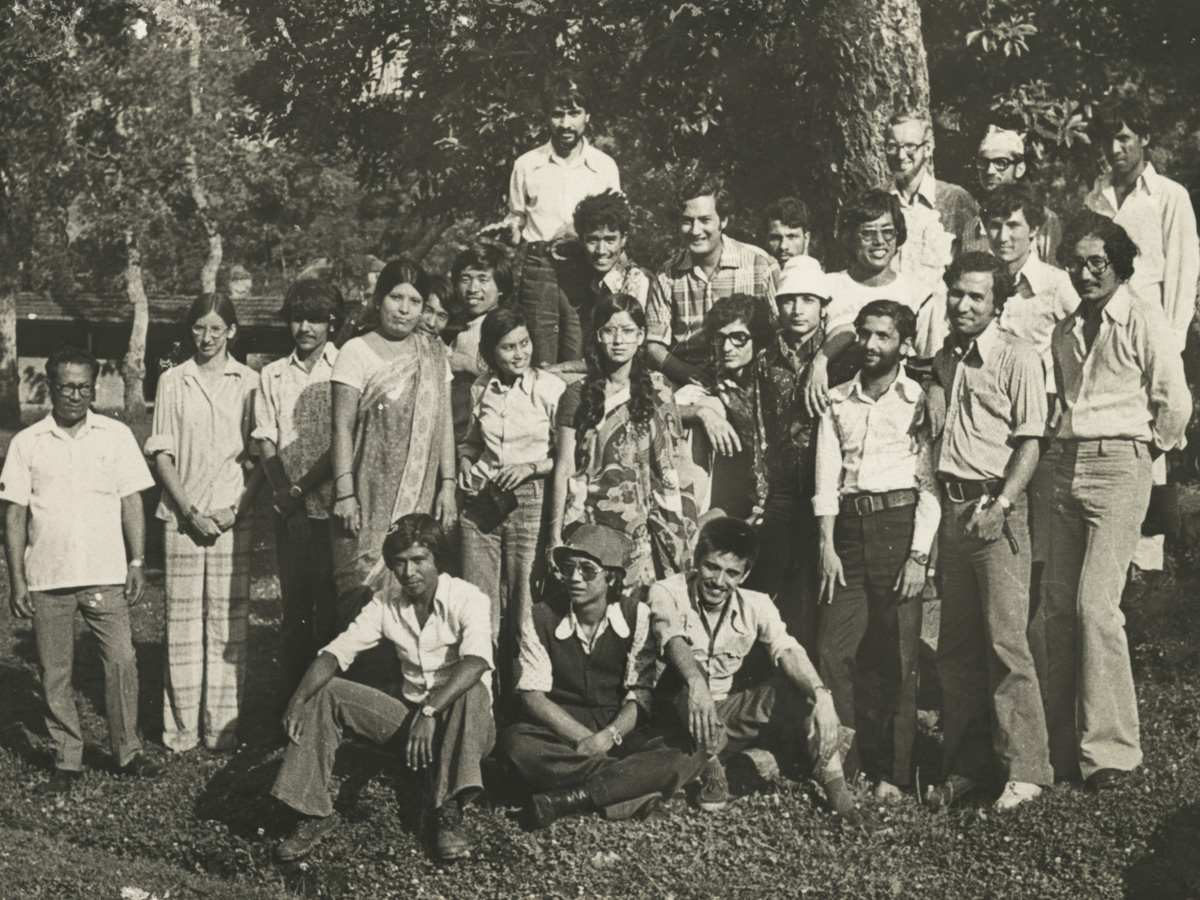 June, 1976: A group photo of the faculty members of Tribhuvan University’s geography department and their students taken in 1976. Sumitra Manandhar Gurung is one of only three female students in the group. Many of her classmates went on to become academicians, scholars and ministers. The photo was taken during a picnic organized by the students as a farewell to their American professor, Robert Stoddard (last row, third from right), who was in Nepal on a Fulbright program. Professor Stoddard’s daughter is second from left in the second row.