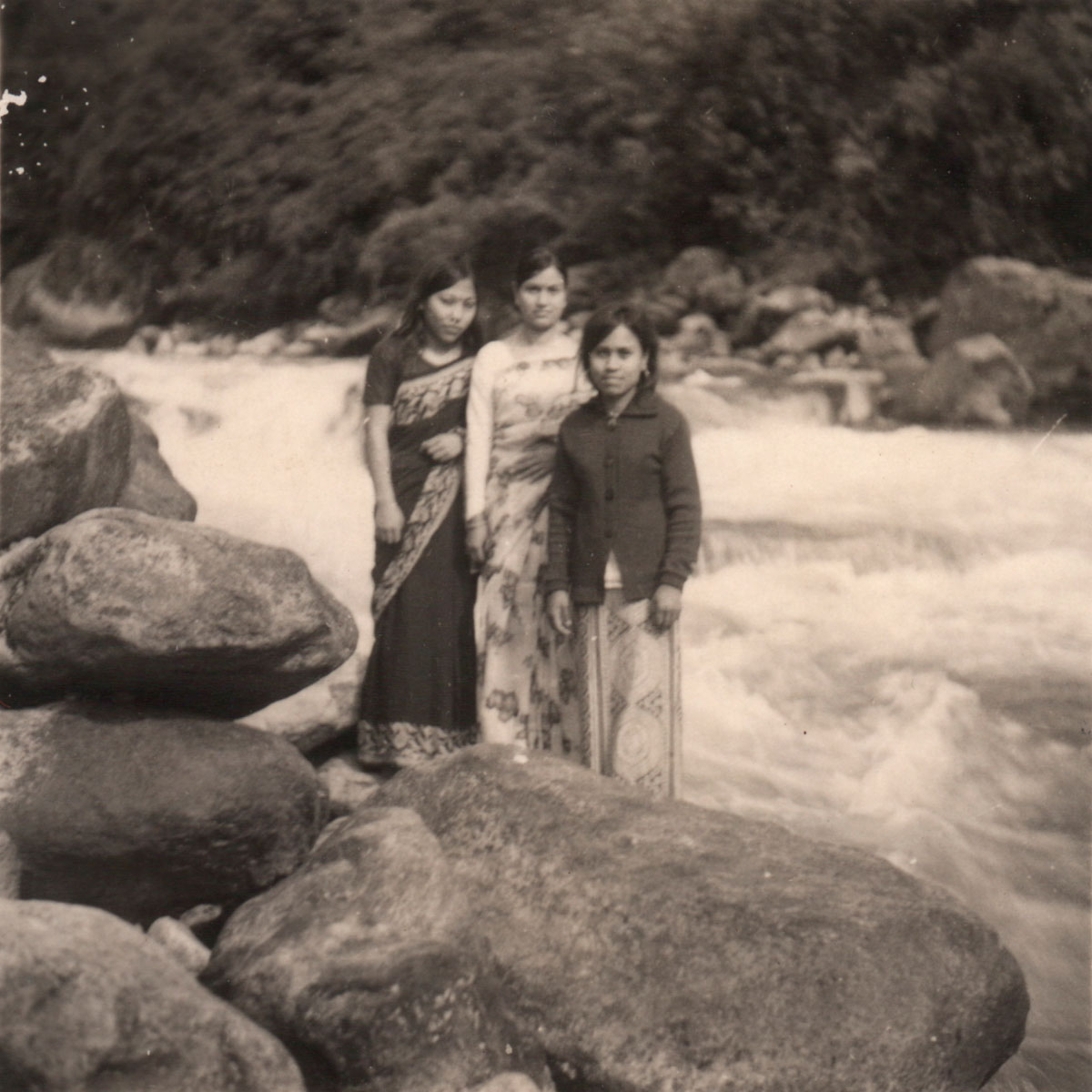 This is a picture of my mother, with her two best friends at Tatopani taken in the year 2027 B.S. Tatopani was as popular a site to visit in those days as it is today. Shankhardev College, where Aama studied, had planned on taking its students for a picnic there. Aama wouldn’t go anywhere without her two best friends. Aama tells me that there was a trend of wearing Shiffon saris in college, so Aama and her friends decided to wear saris for the picnic. They saved a total of Rs 500 from their pocket money to buy those saris, especially for the picnic. Being very shy, Aama and her two friends would run away from cameras. One of her friends, Ajay, who used to tease them by calling them “The Three Jalparis” planned to take their photos by strategically placing the river in the background so that their nickname would have life. Aama once told me that Tatopani is such a divine spring, that it has the power to get rid of physical deformities and provide loads of energy. Whenever she shows me this photo, she says, “Chori I feel 17 again”. Hearing her nostalgic words, in some corner of my heart, I feel her pain of not being able to enjoy her youth now, because she can’t go back to that moment. So when Aama sees this photo, she remembers her youth but when I see this photo I recall the slogan that my Nepali teacher, Miss Ambika, used a lot in class, “Maukaa aucha parkhidaina bageko khola farkidaina.” Years later, I would read the line, “we can’t step twice in the same river,” in Sophie’s World. And I guess that’s what happens in everyone’s life. Aama realizes this fact today that: she can’t be 17 again and neither can she go back to the same Tatopani because the waters she washed in have long flowed elsewhere.