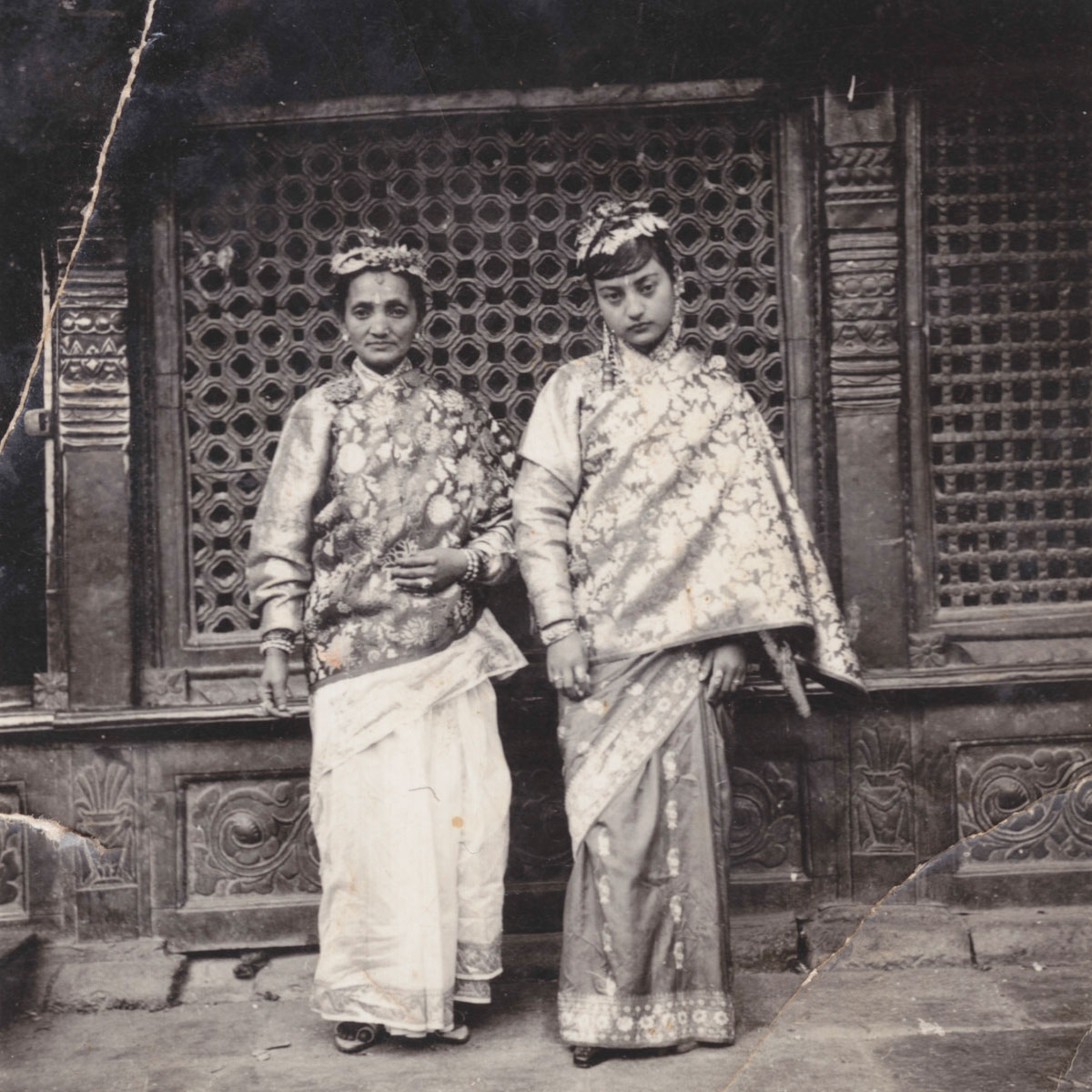 Sunhera Sthapit, (right), married at age nineteen, in 1972 AD. This picture was taken during the third day of parties after her wedding, around the time of the wonjala procession. “I was very shy that day. I did what I was told to do. I don’t remember who took this photograph,” says Sunhera. Most likely captured by a photographer hired for the job, the picture was taken at Kathmandu’s Bijeshwori temple. The woman on the left is Sthapit’s mother-in-law. By tradition, she too was dressed as a bride to welcome her new daughter-in-law into her home. Both women are wearing similar lu swa head-pieces considered essential in Newar weddings. “I don’t have any photos of my youth except this. I didn’t go to studios to take photographs like others did,” Sthapit recounts.