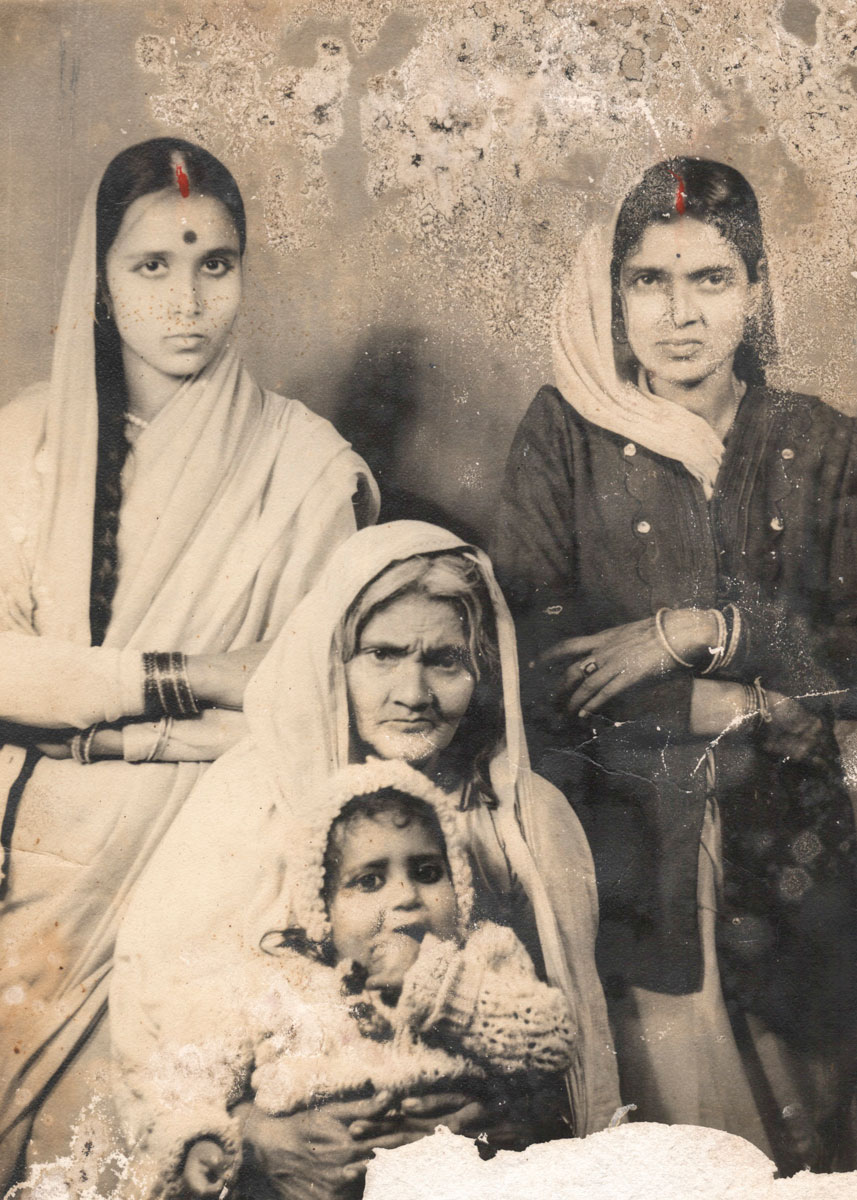 Sandhya Shah’s grandmother (seated), aunt Parvati (right), Parvati’s daughter-in-law (left), and Parvati’s grandson. This photo was taken at the Gadimai fair in Rautahat, which takes place every five years. Shah says that she must have been about seven or eight at the time. Shah’s aunt Parvati and her daughter-in-law had a very close relationship. As the wife of Parvati’s eldest son, who had finally given birth to a child, Parvati cherished her daughter-in-law. Parvati and her mother, on the other hand, did not see each other that often. Once a daughter had married and gone to the husband’s house, it was not customary for her to go back to her parents’ house often. If she did return, she was expected to stay for a longish period. When she left for her husband’s home again, she was showered with gifts.