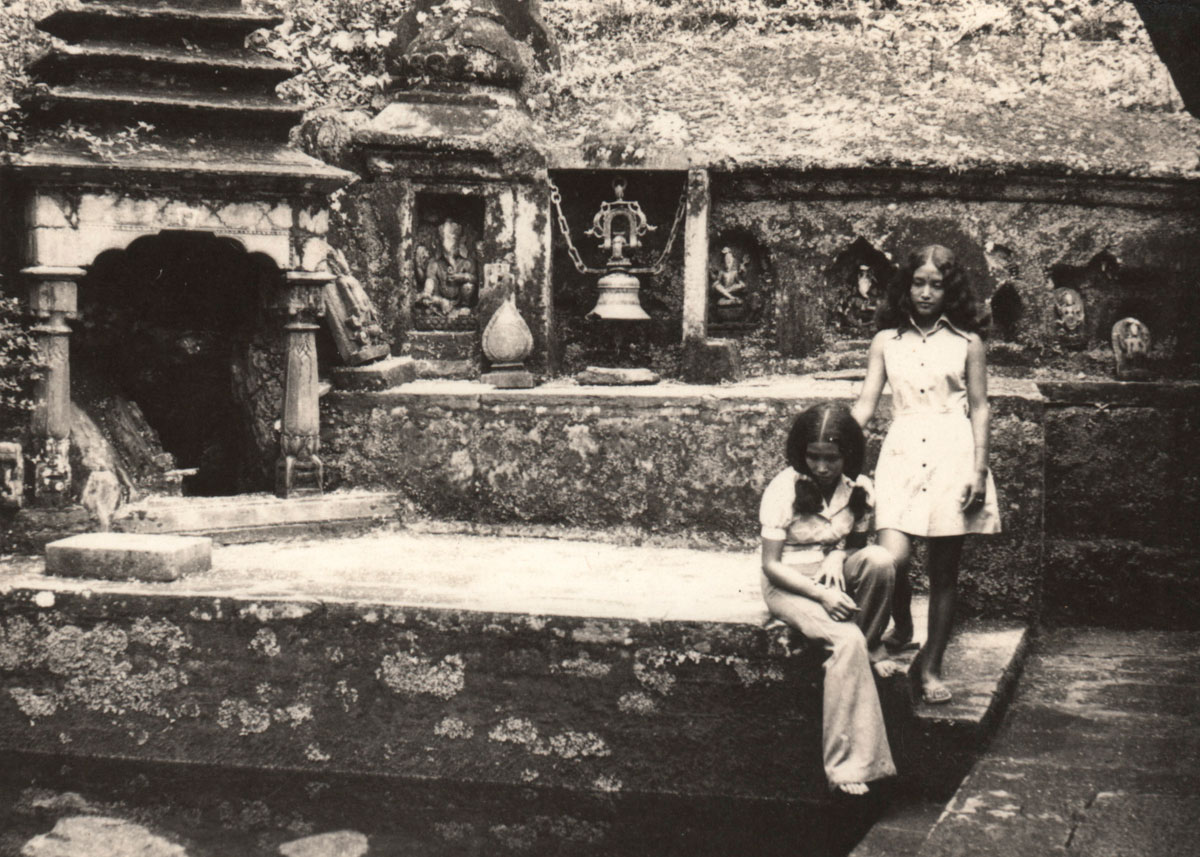 My aunt Laxmi stares into the pond and my mother, Sandhya, stands guard behind her. They were very close, as can be guessed from this picture, taken in 1976 at Godavari Kunda. Godavari was a sanctuary for them – a place where the two sisters could be on their own and nobody would complain or nag them. They lived in Gabahal and it would take them an hour to get there but the distance never stopped them. My aunt always spent her weekends at Godavari. My mother tagged along and tried to soothe her. Their alcoholic father caused so much chaos in the family that they were having serious financial problems. My mother remembers how sad they were the day this picture was taken. “I don’t want to talk about it,” my aunt would always say. She would spend hours in silence, contemplating her reflection in the pond. She enjoyed watching the fish swim about freely, and envied them. The fish would dive and dart around and my aunt could do nothing but stare at them, sometimes crying uncontrollably. She felt chained. She must have felt like she was drowning in waves of self-pity. Her sombre expression hints at just how melancholic she was, just how desperately she sought freedom and independence.