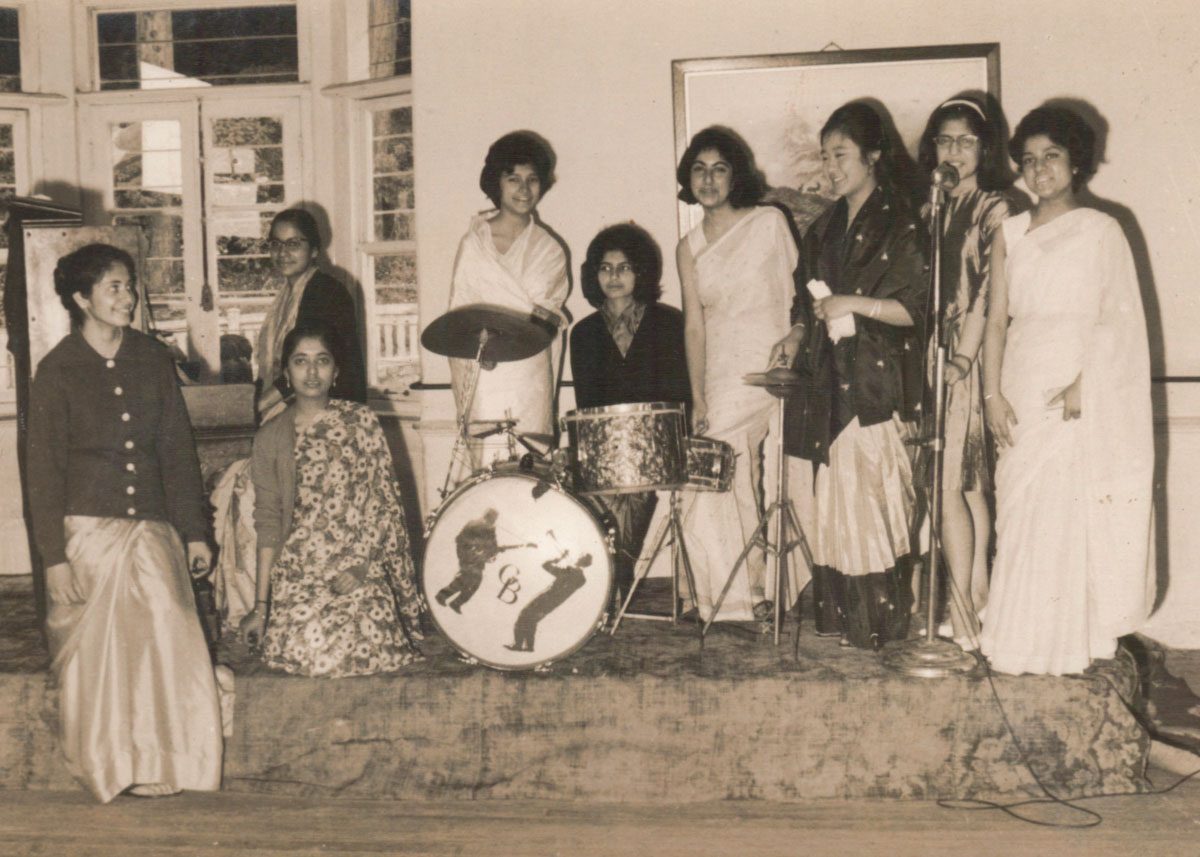 This is a photograph of my aunt Lalita Raj Gurung (third from right) – now married and named Laila Sanhulla – with her Senior Cambridge classmates. The photo was taken during a Loreto Convent social in Darjeeling, circa 1961. The girls are standing on stage to perform a song for their friends. Lalita bari – as I call my aunt – is wearing the traditional Nepali phariya cholo with the mujethro shawl hand tailored in silk and crepe, as her friends wear saris or western outfits. My grandmother, herself educated by missionary nuns, encouraged her daughters to take pride in wearing their traditional Nepali attire, despite educating them in English speaking convent schools. At the time it was considered prestigious to follow the English language and culture. My aunt later went on to marry my Uncle who is Malaysian, and now lives with him and their two children in Malaysia. She says it saddens her that she is not in touch with a single one of her friends from this photograph.