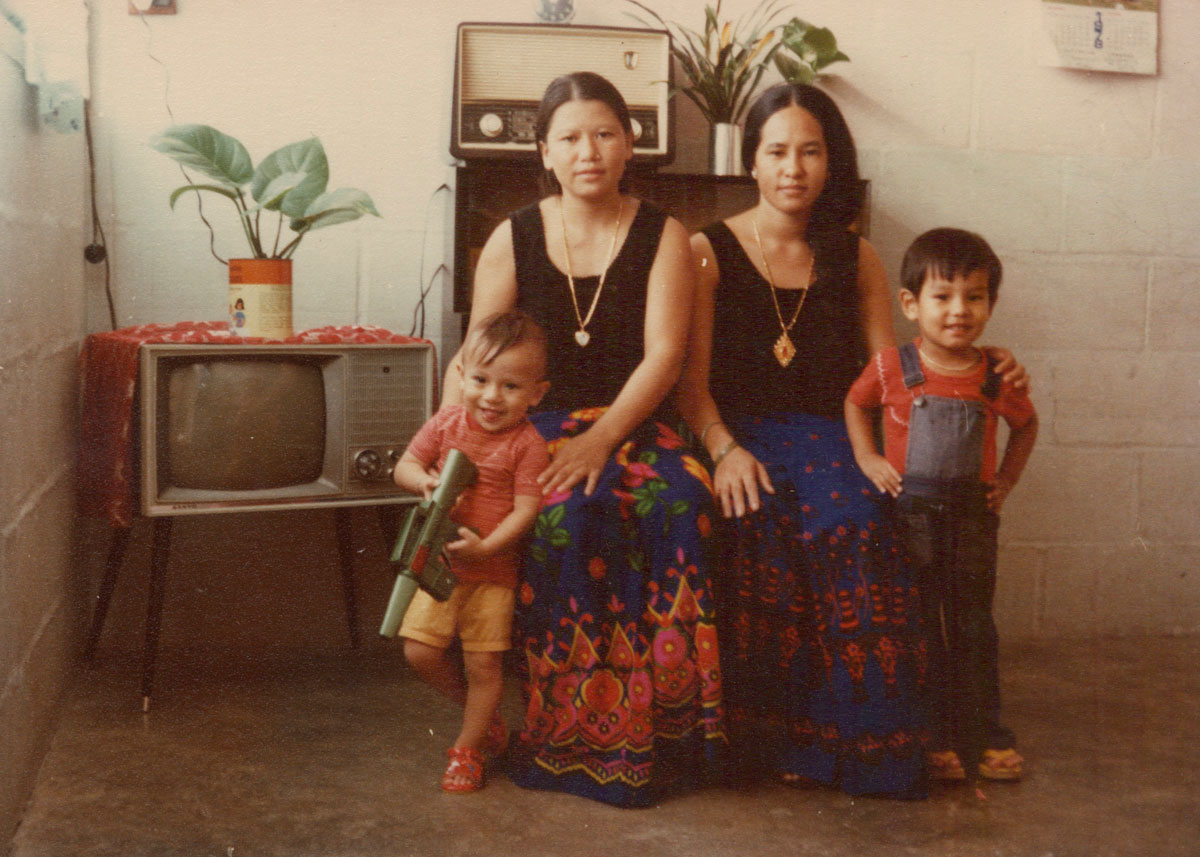 This picture was taken in the late 1970s, in Singapore, where Bhimi Gurung (right) was the wife of a Gurkha policeman, R. B. Gurung. They had just moved to the small two-bedroom apartment seen here. The TV was a prized possession: Bhimi and RB’s daughter, Muna, remembers many photos with people posing next to this same television set. The photographer was someone else from the Gurkha community, a man who had his own camera, and was frequently invited from one home to another to capture the lives of other Nepalis. Bhimi’s and Aunty’s (left) matching outfits tell the story of their friendship, and the trend at the time for friends to dress alike. If one woman had a particular outfit or item of jewelry, her friends would try to get the same. Just before this photo was taken, R. B. had won a lottery. The prize wasn’t huge – somewhere between a few hundred and a thousand Singapore dollars – but at the time, it was a significant enough for R. B. to stay awake all night with the excitement of winning. Bhimi had always wanted a necklace like the one her friend had, so from his newly won riches, R. B. bought her this gift.